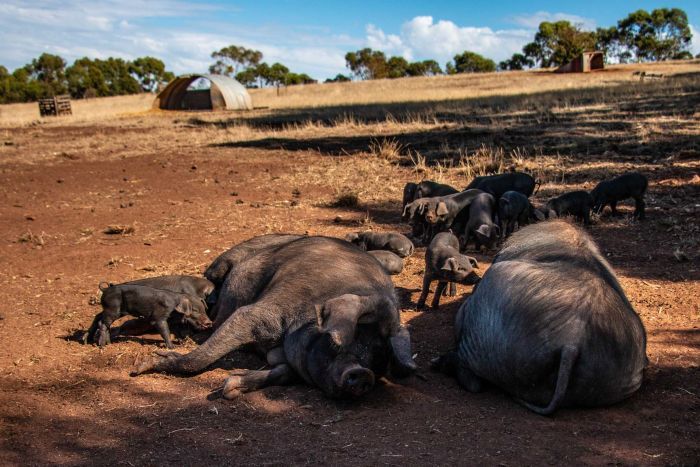 Hundreds of pigs have been reported dead on the Indonesian island of Bali, as the Philippines confirmed a new outbreak of the deadly African swine fever.

Authorities in Bali reported 888 pig deaths in Bali as of January 31. Many of the pigs exhibited similar symptoms to the highly-contagious African swine fever (ASF) ÔÇö high fever, vomiting, and diarrhea.

While they have not been confirmed as cases of ASF, local producers say demand for pork has steeply declined.

"This is an extraordinary event, greatly impacting farmers and consumers," said Ketut Hari Suyasa, chairman of the Indonesian Pig Farmers Association, as quoted by local media.

Blood samples from the dead pigs were being tested to determine the cause of death, authorities said.

Indonesian officials confirmed the first outbreak of ASF in December,?áspurring fears that the disease could reach Australia and leading to stricter biosecurity measures.

At least 30,000 pigs have died in the province of North Sumatra, where the pig population is 1.2 million.

Unlike swine flu ÔÇö also known as H1N1?áÔÇö ASF does not pose a threat to human health. Nevertheless, humans can transmit the disease if their clothing and boots have been contaminated.

Fever spreads throughout the Philippines

Authorities in the southern Philippines province of Mindanao confirmed that around 1000 local pigs had died due to ASF.

The municipality of Don Marcelino is in lockdown, with the sale and transport of pigs, pork and pork by-products temporarily banned.

"Backyard pig farmers in the area practice group rearing of hogs, from different owners, most [of them without] proper housing provisions nor biosecurity practices," said the Philippine agriculture ministry.

Agriculture secretary William Dar has suggested that pork smuggled from China could be behind the outbreak in the Philippines.

The Philippines, which is the eighth largest pork producer in the world, recorded its first swine fever case in September last year, leading to at least 20,000 pigs being culled.

Cases of ASF have been reported across the country including in the capital Manila and surrounding areas.

In addition to high fever, symptoms include internal bleeding and haemorrhages on the skin.

What is African swine fever?

More than a quarter of the world's pigs have been killed as African swine fever keeps spreading. Here's what we know.

There is no vaccine and it kills about 80 per cent of the pigs it infects. It is?áthought to have wiped out more than a quarter of the global pig population?áin 2019.

In China, which is the world's largest pork producer, it is estimated that 50-60 per cent of its pig population was decimated last year.

ASF was first reported in the Liaoning province of China in August 2018, and local authorities killed more than a million pigs in 2019 to curb the spread of the disease.

The cost of pork has increased by at least 40 per cent?ádue to the spread of ASF, and the cost of other meats is also expected to rise as Chinese consumers turn to chicken, lamb and beef as alternative sources of protein.

Australian authorities have been on high alert for months amid?áfears the arrival of the disease is inevitable.

The?áfever has been reported in around 50 countries, including China, Belgium, Slovakia, Cambodia, North Korea, South Korea, and Vietnam.

The spread of the?ádisease has also reached Timor Leste, a nation less than 700 kilometres from Darwin, posing an increased risk to Australia.

Australia's chief veterinary officer, Mark Schipp, has emphasised that the country has?ágood biosecurity systems at both the border?áand on its farms that could keep the disease out.

In December, the Australian Government announced?áan extra $66 million dollars?áworth of funding to boost biosecurity at Australia's borders against ASF.

Nevertheless, Dr Schipp said in November that "it's the biggest threat to the commercial raising of pigs we've ever seen."

"It's the biggest threat to any commercial livestock of our generation."

A Vietnamese woman was deported in October last year after?áattempting to smuggle 4.6 kilograms of uncooked pork and other food items?áinto Australia.

Australians caught bringing in pork products could face criminal prosecution?áor civil court action, and be ordered to pay up to $420,000 and be sentenced to up to 10 years in jail.

At least nine countries in Europe are affected by ASF, and the European Food Safety Authority has warned that it has continued to slowly spread.

In Germany, authorities in the state of Brandenberg have constructed around 120 kilometres of electric fencing to prevent wild boars from crossing the border with Poland and infecting its herd with ASF.

An experimental vaccine developed by the New York-based Plum Island Animal Disease Centre is proving more effective than previous vaccines, according to a study published in the Journal of Virology last month.

Douglas P Gladue, one of the lead researchers, said that the vaccine "shows promise, and offers complete protection against the current strain currently producing outbreaks throughout Eastern Europe and Asia."

CSIRO is also researching a vaccine, but has?áwarned an effective vaccine could be at least five years away.